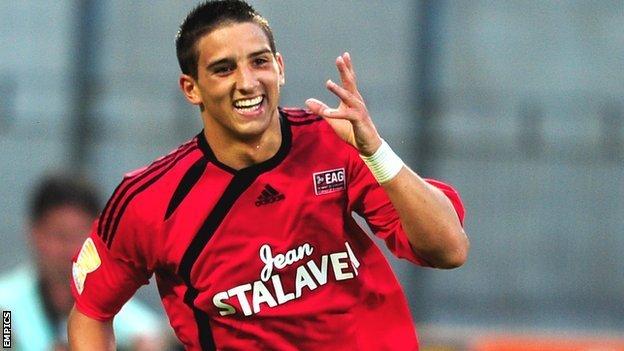 Leicester City have completed the signing of winger Anthony Knockaert from French side Guingamp.

The 20-year-old, who has also been linked with a move to Premier League side Newcastle United, has agreed terms and has signed a three-year deal for an undisclosed fee.

"I am looking forward to him being a big part of our season."

Pearson added: "We have watched him on several occasions over a sustained period and he has all of the attributes to be successful in the Championship.

"He gives us a number of options going forward as he can play on either flank and I'm sure he'll be a player with the ability to excite supporters."