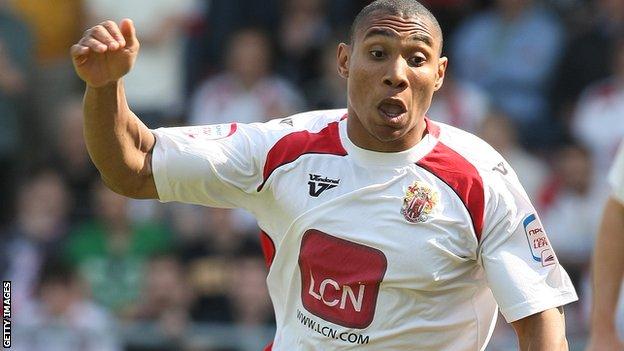 Stevenage left-back Darius Charles has agreed a new two-year deal, tying him to the club until the summer of 2014.

The 24-year-old's previous contract was due to expire at the end of the season, but he has committed himself for a further 12 months.

Charles, 24, joined Stevenage from Ebbsfleet in 2010 and helped them to promotion from League Two.

He made 34 appearances last season, scoring five goals, including the winner against Reading in the FA Cup.