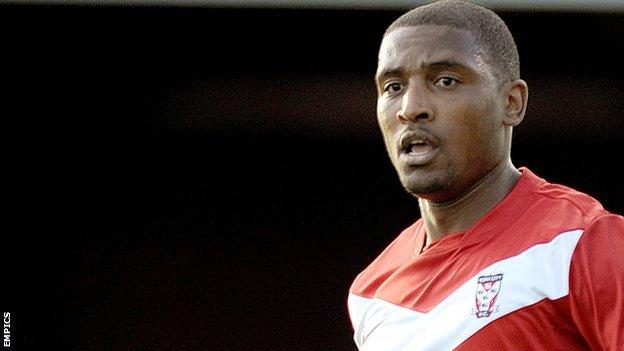 Boucaud, 27, whose Luton deal expires in January next year, is training with the Notts squad in Spain.

Manager Keith Curle told the club website: "He is hungry to get back in the League and has a point to prove."

Boucaud progressed through the youth ranks at Reading and has also played for Peterborough United, Aldershot Town, Kettering Town and Wycombe Wanderers.