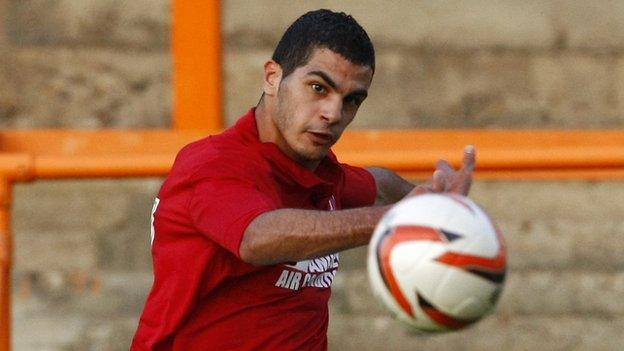 Charlton Athletic have completed the signing of former Rangers winger Salim Kerkar on a one-year deal following a successful trial.

The 24-year-old left-sided player was out of contract with the Ibrox club and joins the Addicks as a free agent.

He scored twice in 18 appearances for Rangers after joining in 2010.

Charlton boss Chris Powell told the club website: "Salim has impressed while he's been with us and we felt that he warranted a longer stay."

He added: "I'm very pleased that he's agreed to join. He's predominantly a left-sider and can play at left-back and left wing, and I'm told that he has played up front as well, so he offers a variety of options."