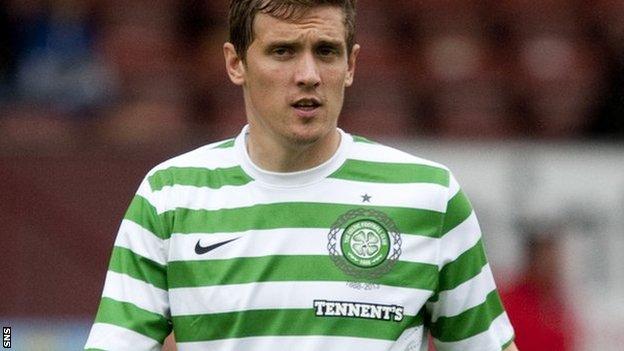 Morten Rasmussen has left Celtic on a permanent deal with Midtjylland after making only four starts in two and a half years with the Glasgow club.

The 27-year-old striker returns to the top flight in his native Denmark on a four-year contract.

Ramsussen joined Celtic after impressing then manager Tony Mowbray at Brondby in the forward's homeland.

But he made a total of only 13 Celtic appearances and had three loan spells - at Mainz, AaB and Sivasspor.

The striker scored three times for the Glasgow side but failed to become a first-team regular and was playing for Celtic's second string during pre-season.

His new club finished third last season in the Danish Superliga and could face his former club in the Europa League play-off stage should Celtic fail to progress in the Champions League qualifiers and drop down to the lesser competition.

Other possible opponents for the team from Herning and Ikast are Hearts and Dundee United should the latter side defeat Dynamo Moscow.