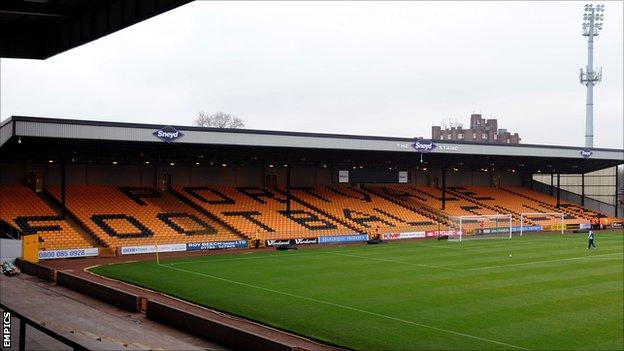 Port Vale's friendly matches against Coventry and Tranmere will be played behind closed doors due to maintenance work being completed at Vale Park.

The club have said the decision was enforced as they have been unable to carry out usual work during the summer because of their financial position.

Vale hope to have safety certificates in place for their Capital One Cup tie against Burnley on 14 August.

The period of administration has been, and continues to be, incredibly difficult for everyone connected to Port Vale

The League Two club since March.

On Wednesday, administrators Begbies Traynor confirmed they were talking to new bidders after prospective owner Keith Ryder failed to complete a deal to buy Vale before an agreed deadline.

However, Ryder remains confident of taking control in the near future.

Delays to the maintenance work at Vale Park may result in a reduced capacity for the game against Burnley, although Vale are hopeful that will not be the case.

Bill Lodey, Port Vale's club secretary, said: "This is not a situation we have taken lightly and I would like to apologise to all of our supporters, who I am certain will be bitterly disappointed.

"In an ideal world, the work on the stadium would have been completed well in advance of the new season but, as we have been in administration, we simply haven't been able to do this.

"The period of administration has been, and continues to be, incredibly difficult for everyone connected to Port Vale and the staff are included in that. We are simply not ready.

"Our priority is to ensure that we are fully prepared for the Burnley game and that is what we are all working towards."