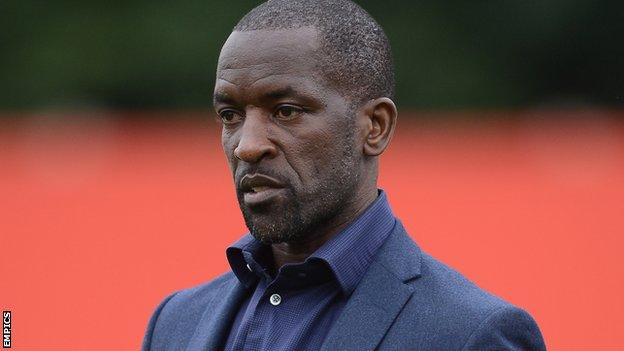 Charlton manager Chris Powell says his team need to work on their playing style before the season starts.

The Addicks have three more friendlies before their Capital One Cup tie against Leyton Orient on 14 August.

He told BBC London 94.9: "We're playing slightly differently and whether we stick with that remains to be seen, but the players are taking it all on board.

"At times we have opened teams up but we've got to make sure that we are right, in and out of possession."

Powell continued: "That's stuff that all teams will work on and we're no different.

"We've trained really well and the boys have got a good spirit and unity about them which we have carried on."

Meanwhile Powell is pleased to have tied up the signing of winger Salim Kerkar, who joined the League One champions on a free transfer this week.

"Salim's impressed everyone since he met us out in Spain," Powell continued. "He's done very well in training and in games.

"He's had three games with us now and he's got some quality.

"He covers the left side and can play inside as well in central midfield. He's a player that swells the numbers, supplements the squad and will help out on the left side.

"Hopefully he'll have a good year with us."