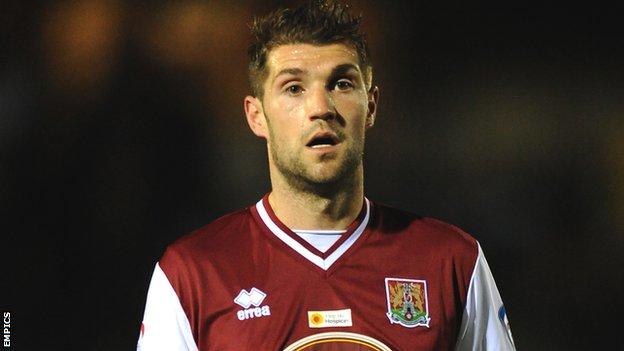 Harding has not scored in a competitive game since his January move, but his goal against Derby in the recent friendly came from a Platt assist.

Harding told BBC Northampton: "At MK Dons I was out injured but then came back in January and scored seven.

"That was playing alongside Clive as well, so hopefully with him coming here I can score a few more goals."

The Cobblers were beaten 4-3 by Derby with Kelvin Langmead and Chris Hackett also scoring.

And Harding says he is fully recovered from the Achilles injury that he was carrying last season.

"It's been four months [with the injury] so it was lovely to get back out there and start geting some minutes under my belt," he said.

"It was an on-going problem since I signed. I was playing with a niggling problem and it made it worse so I had to come out in the end. Touch wood everything's fine now."