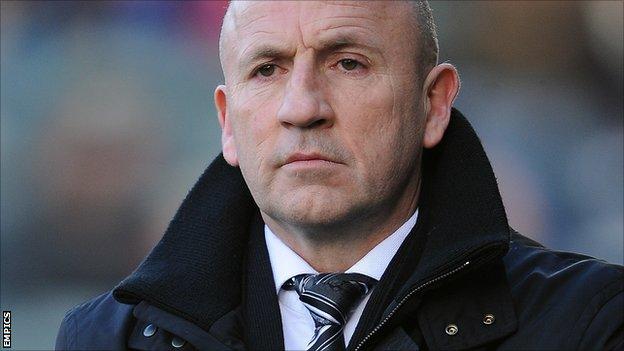 John Coleman has said he wants to add to his attacking options ahead of Rochdale's return to League Two.

In his first pre-season in charge at Spotland, Coleman has already added eight new players to his squad.

"We've got the basis of a good side already but we need a couple more options," he told BBC Radio Manchester.

Coleman, who left Accrington to become manager in January, could not save Rochdale from relegation to the bottom tier of the Football League.

"The big difference now is the ethos and the atmosphere around the place," continued Coleman. "It's something that I tried to change initially and I found it difficult.

Coleman has previously had success in League Two. On a limited budget, he guided Accrington to the play-offs in 2010-11.

"Anybody who has seen myself and (assistant manager) Jimmy Bell's teams over the past four or five years will know that we try to pass the ball," he added.

"Sometimes, teams in League Two don't tend to get out of the league by doing that.

"We know we can successful playing that way, but you've got to get the players in to be able to do it and that's what we're endeavouring to do."