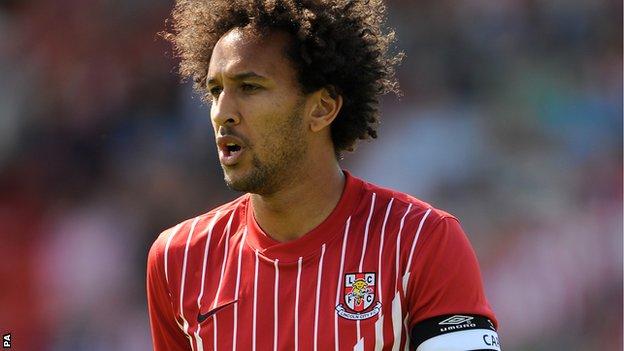 The 28-year-old was put on the transfer list to reduce the wage bill following the Imps' failure to win promotion from the Blue Square Bet Premier.

Holdsworth told BBC Lincolnshire: "The contract he is on is from a League situation. We have to cut our cloth."

Former Watford, Sheffield United and Birmingham defender Holdsworth took over as Lincoln boss in October last year and guided the Imps away from the relegation zone.

And he admitted the club has had to come to terms with the financial realities following relegation from the Football League.

"I understand the practicalities, life is tough financially at this football club at the moment," he said.

"It's not about wanting to take players out of this squad. All of us are working as hard as we can to improve it."