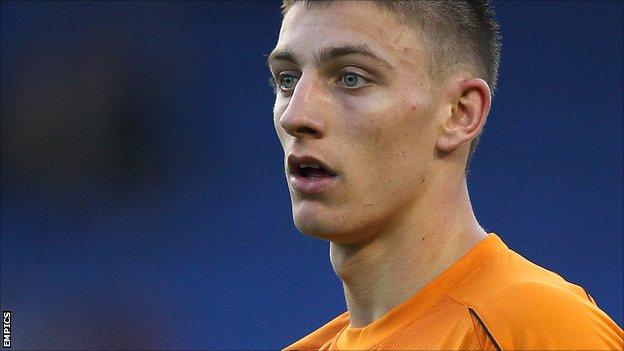 Wolves Welsh Under-21 striker Jake Cassidy has rejoined League One side Tranmere Rovers on loan for six months.

Rovers have also completed the signing of midfielder Joe Thompson, 23, from Rochdale for an undisclosed fee.

His arrival softens the blow of losing experienced Ben Burgess, who retired from football on Monday, less than two months after joining the club.

Speaking to the club website about the signing of Cassidy, manager Ronnie Moore said: "Everybody knows I was impressed by Jake last season.

"The fact that he was able to finish up as our joint-top scorer after only playing 10 times shows how well he did.

"He's got a great eye for goal and a fantastic work ethic. He's keen to learn and wants to do well and I think he's got a really bright future ahead of him."

Thompson played 157 times for Dale and has signed a two-year contract.

Moore added: "Joe has got plenty of pace, he's good on the ball and he likes to take the opposition on. He can create and score goals and he's strong in the air too."