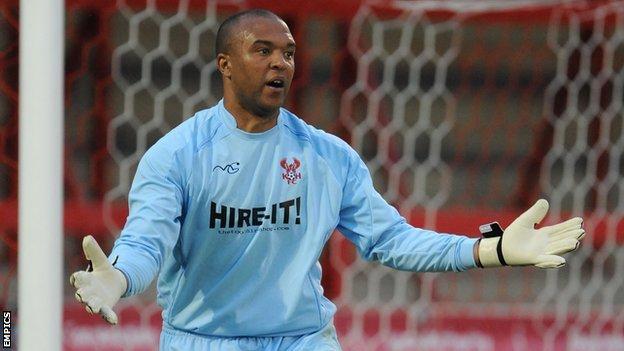 Boss Steve Burr told the club website: "We've taken a look at a number of keepers but none of them really gave us a feeling that they'd push Danny Lewis.

"Nathan is someone we feel who will come in and do that so we're glad to have agreed a deal to bring him in."