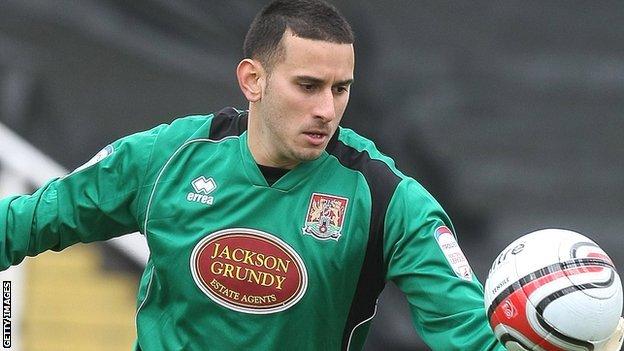 Northampton Town have parted company with goalkeeper Neal Kitson, who is returning home to the United States.

Kitson will be fondly remembered for his spell at the end of last season's relegation battle when he produced two incredible moments, penalty saves against Crewe and Oxford.

But he had been told he was not going to be number one and that could be a factor in his return to the States.

The 26-year-old joined in January and saved a penalty in each of his first two games - against Crewe and Oxford, playing eight times in total.

"He has some family issues that he needs to resolve," said Cobblers manager Aidy Boothroyd.

Kitson's departure means Boothroyd will have to intensify his search for a new keeper.

"Getting the right characters in is of paramount importance,"