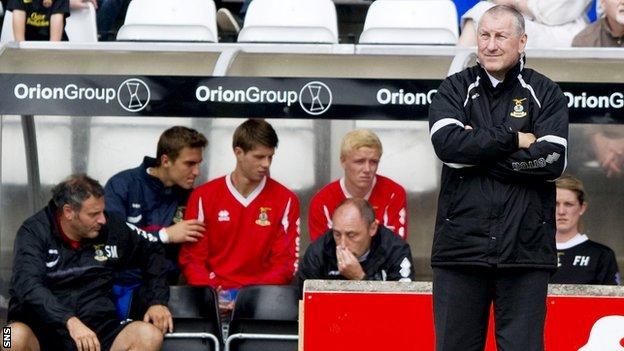 Butcher has lost 11 players this summer and has brought in seven.

"I haven't got money to get anyone else in. But, as far as we are concerned, in terms of what we have got, I'm really raving about it," he said.

"We have a good bunch of boys here that have worked very hard together and play some good football as well."

It doesn't matter where I play the players, they are committed to giving 100% in any position

"They just want to get out there and win and do well for the club," said Butcher.

"There are a lot of hungry players here, we have had to bring players in because of other players leaving for one reason or another, but we are delighted with who we have brought in and their character and make-up of the squad.

"We haven't got a lot in reserve and, at the end of the day, will we have to jiggle things around a bit, but it doesn't matter where I play the players, they are committed to giving 100% in any position we ask them to play.

"We are a smaller squad, probably about six players down on last year, but rather than having the quantity, we certainly have the quality.

"I said last year that this team would get better and it did towards the end of last season.