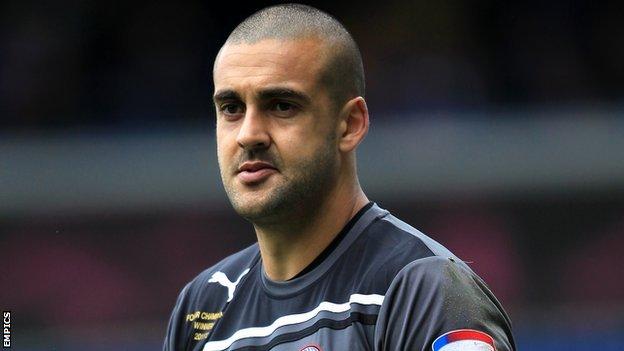 Reading keeper Adam Federici has signed a new contract tieing him to the Madeski Stadium until June 2015.

The Australia international, 27, was going to be out of contract in 2013.

"I've been here a long time," said Federici, who first joined the Royals in 2005 on non-contract terms after a short spell at Wolves, then with Italian side Torres.

"I've put in a lot of blood, sweat and tears so it wouldn't have been right to do anything other than sign again."

Royals manager Brian McDemott said: "He is a lesson to young professionals about what is required to get to the top of your game. His workrate, diligence and desire are second to none."

Chairman Sir John Madejski added: "I'm over the moon he has signed for us once more. He is without doubt one of the best goalkeepers in the country and was vital in getting us promoted again."

And director of football Nick Hammond said: "Adam was the best goalkeeper in the Championship last year. And I think he'll prove to be one of the best in the Premier League as well."