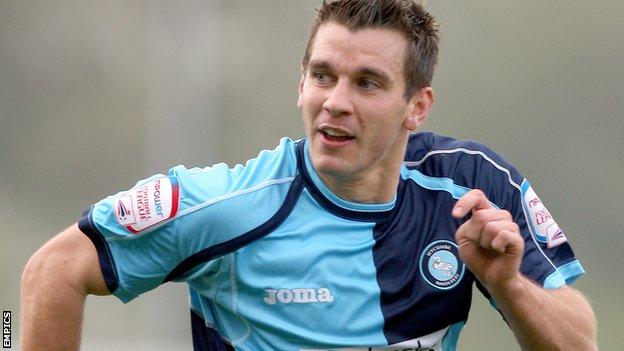 Wycombe vice-captain Matt Bloomfield believes "exciting times" are ahead for the club following the recent takeover by supporters.

The Wycombe Wanderers Trust bought the club from previous owner Steve Hayes at the end of June.

And Bloomfield, the longest-serving player, is hopeful they can bounce back from relegation last season.

"It's obviously tough when you get relegated to dust yourself down and bounce back but we've done that.

"We've worked hard in pre-season and it's all about now looking forward to the league campaign and getting our teeth stuck into the season."

Bloomfield has been at Adams Park for eight and a half years and has signed a new 12-month contract, with an option for a further year.

It's going to be tough, but with the new boys we've got in, we're quietly confident

Injuries permitting, he will clock up 300 appearances for the Chairboys during the first part of the new season.

And he believes the takeover by the Trust will bring welcome stability to the club.

Assessing Wycombe's prospects of promotion, Bloomfield added: "It's not going to be easy.

"A couple of teams who have spent a lot of money are definitely going for automatic spots - history tells us that if you spend that amount of money, you usually achieve your goal.

"It's going to be a tough campaign, we know that, but equally, with the (new) boys we've got in, we're quietly confident."