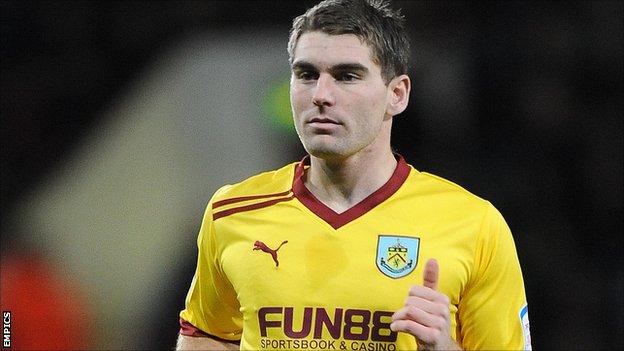 Sam Vokes is hoping to settle at new club Burnley after going on loan six times during four years at Wolves.

The 22-year-old Wales international striker, who spent two months with the Clarets last season, signed a three-year deal at Turf Moor on Tuesday.

Vokes told BBC Radio Lancashire: "It's been a good opportunity to go out on loan and get the experience.

"But it's been tough living out of a suitcase for the last couple of years so it's a chance to settle down."

Of the 47 league appearances that Vokes made for Wolves, only four were starts.

We're definitely going to be up there challenging this year

He also had loan spells with Leeds, Bristol City, Sheffield United, Norwich and Brighton during his four years at Molineux, but he said a return to Burnley was his preferred option.

"It's a great bunch of lads and we've got a great young team," Vokes added. "Hopefully we can get stuck into a good pre-season and start the season well.

"Burnley is still a massive club. The clubs that have dropped down from the Premier League have spent a lot of money but we're definitely going to be up there challenging this year.

"It's a great chance for us to go to these places and prove a point that we can pick points up against the big teams."