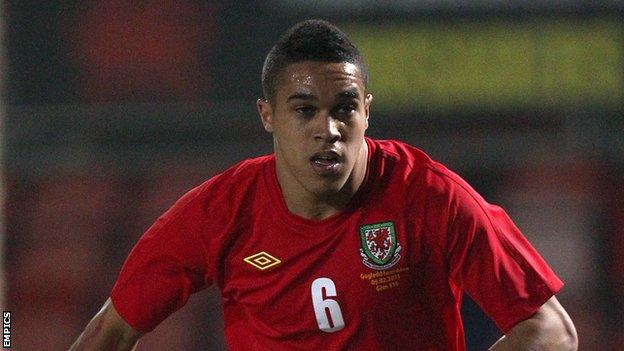 Aldershot Town defender Troy Brown says the club are in a positive mood going into the new League Two campaign.

The Shots finished six points off the play-offs last season, in 11th place.

"The gaffer [Dean Holdsworth] committing himself to the club is a massive boost. There is every right to be enthusiastic about the season."

The Wales Under-21 international added: "The mood in the camp is brilliant and everyone is helping each other out.

"[Pre-season] results haven't been great but at this point of the season it's about putting the effort in and trying to get some rhythm going.

"Everyone's got to get minutes under their belt which is good, because it's a squad game and we're going to need every player we've got."

The 21-year-old spent the second half of last season on loan at the EBB Stadium and welcomed the opportunity to return when he was released by Rotherham this summer.

"The gaffer was very good to me and gave me a chance when I had a move that hadn't worked out, and I'm very grateful for that," Brown continued.

"The second half of last season was brilliant and we just missed out on the play-offs. It's great to come back and play here."