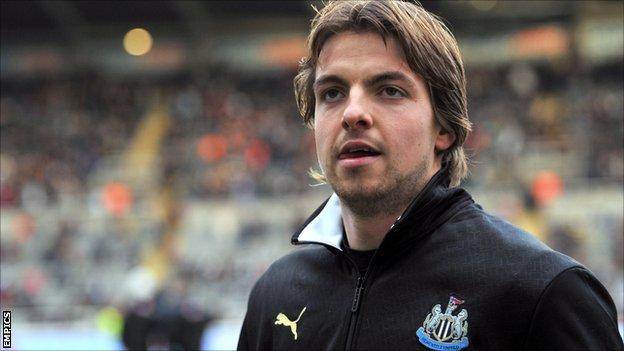 Krul, 24, began his career with the Eredivisie outfit prior to joining the Magpies, and makes his first trip to the club as a Newcastle player.

"I'm excited to go back to the place where it all began for me," Krul told BBC Newcastle.

"I played there for eight years so it's always special to go back."

The Netherlands international has established himself as a regular at the Sports Direct Arena, making 76 appearances for the club.

Meanwhile, he still retains a link with the town of his birth and the club that handed him an opportunity in football.

"My parents live five minutes away from the stadium, and I've got a few friends and family there," he said. "The stadium will be filled with the family Krul I think.