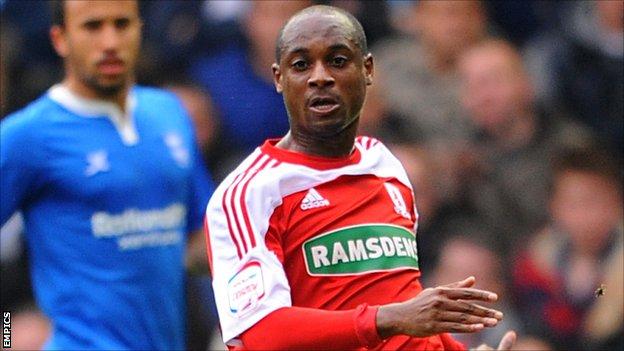 Justin Hoyte has signed a new two-year contract at Middlesbrough, after his previous deal at the Riverside expired earlier this summer.

The 27-year-old defender has made 108 appearances for the Teessiders following his £3m move from Arsenal in August 2008.

I believe we can make a strong challenge this season

"It's great to get everything signed and now I can concentrate on the new season," Hoyte said.

"We've a lot of new faces and there's a great atmosphere in the dressing room."

Hoyte added: "There is competition throughout the whole squad and that will drive everyone on to do well.

"Middlesbrough is a fantastic club and I have really enjoyed my time here.

"The north east is now my second home and I feel very settled in the area.

"I really believe we can make a strong challenge this season and I'm looking forward to playing my part."