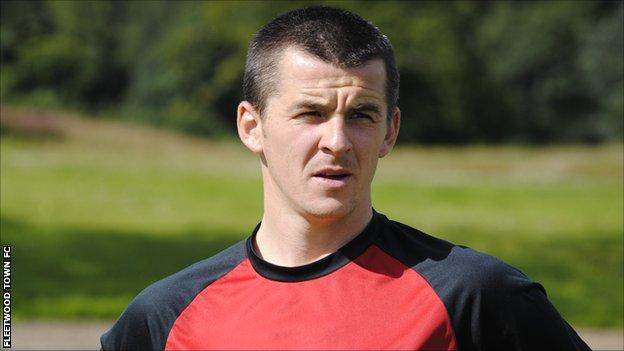 Joey Barton's proposed loan move from QPR to Fleetwood has fallen through.

BBC Radio Lancashire reported that the 29-year-old England cap had been set to join the Cod Army on a six-month loan deal, which would speed up the time it would take to serve his 12-game ban.

However, it is now thought that QPR have opted against loaning the midfielder to a League Two side.

Barton said on Twitter: "Fleetwood adventure is over. I loved every minute of it. Great club."

Why was 2011-12 Fleetwood's most successful season? Declared Blue Square Bet Premier champions with two games remaining and reached the third round of the FA Cup after knocking out Football League clubs Wycombe and Yeovil

Had Barton joined the Cod Army he could have returned to action on 6 October or sooner. That would have been around six weeks earlier than if he stayed at QPR, because lower league clubs play more league and early-round cup games than top-flight sides.

And BBC Sport learned that the Football Association would not prevent the loan switch - so long as he did not return to QPR before they had played 12 games.

Barton agreed to join the Football League newcomers for a week during pre-season, but was not expected to play a match.

But he went on to play 45 minutes of their friendly with Kilmarnock at the end of July.

He knows several Fleetwood players from his younger days and has a close friendship with Cod Army forward Andy Mangan.

Barton was sent off on the final day of last season as QPR lost at Manchester City and was later found guilty of two counts of violent conduct by the Football Association.

The midfielder was initially shown a red card for an off-the-ball clash with City striker Carlos Tevez, and incidents with Sergio Aguero and Vincent Kompany came after Barton had been dismissed.

He received a four-match ban for the foul on Tevez and another eight for his further offences.

Rangers fined Barton six weeks' wages and stripped him of the club captaincy, as well as leaving him out of the squad for their pre-season tour of Malaysia.