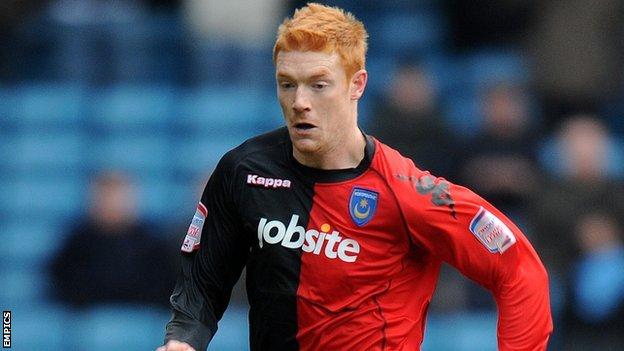 Portsmouth now have only two senior professionals they need to leave following striker Dave Kitson's decision to terminate his deal.

The administration-hit League One side learned on 24 July that their remaining players all needed to leave the club by 10 August or the club would fold.

Pompey Supporters' Trust and Portpin both want to buy the club - but only if the players leave or take wage cuts.

Kitson, 32, scored 12 goals in 72 appearances for Pompey after joining them in August 2010 from Stoke.

Administrator Trevor Birch told the club website: "I'd like to thank Dave and his agent for the stance they've taken to give Portsmouth Football Club the best possible chance of survival.

"We thank Dave for his service to the club and wish him every success for the future."

Pompey, who currently have youngsters on their books, are under a transfer embargo and their season opener is in 11 days against Plymouth in the League Cup - four days after the deadline to jettison their squad.