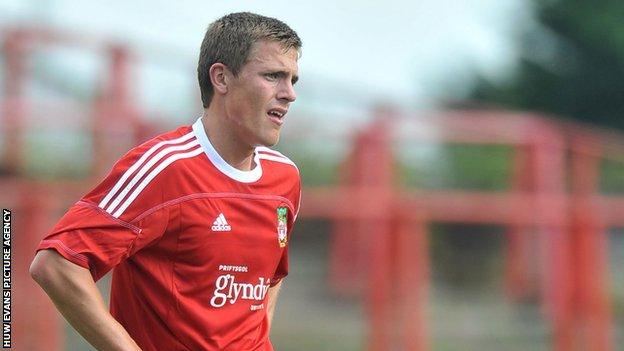 Rob Ogleby set Wrexham on their way to a stylish start to the new Blue Square Bet Premier campaign against Woking.

Wrexham continued to work the flanks and Brett Ormerod sent the ball skimming across the Woking area for Dean Keates to double the lead.

A mix-up between Mark Creighton and Chris Westwood allowed Bradley Bubb to pull a goal back, but Creighton made amends to head home from a corner.

Bubb had earlier almost levelled only to see his point-blank header saved brilliantly by Joslain Mayebi in the Dragons goal.

Wrexham lost out in the play-offs last season after just missing out on automatic promotion, despite amassing 98 points in the league.

"It was good, we were pretty much in control of the game until they scored and then we had a bit of a wobble.

"The third one [goal] put it to bed but we had chances to probably make it even more.

"So I'm pleased, especially in the first half I thought we were good, but definitely things to work on, things to improve on and we can get even better."