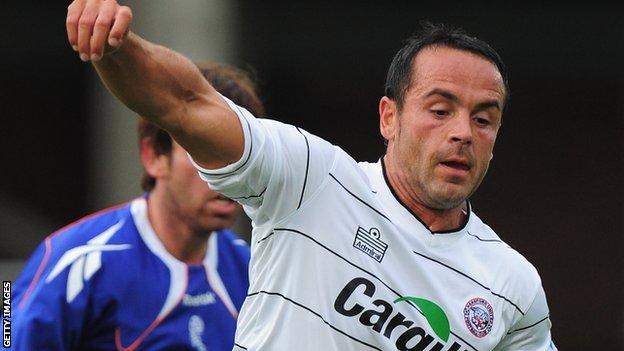 Green became Wales' youngest ever international in 1998 when at the age of 17 years and 226 days he made his debut against Malta.

The Cardiff-born player won only one further full cap against Tunisia.

The 31-year-old has had spells at Wolves, Torquay, Millwall, Cardiff City, Sheffield Wednesday and Bristol Rovers.

"He has exceptional experience and will be a great addition to our squad," said Port Talbot chairman Andrew Edwards.

Green broke Ryan Giggs's record as Wales' youngest ever international but his achievement has since been surpassed by Lewin Nyatanga and Gareth Bale.

His arrival at Port Talbot comes after the club confirmed striker Rhys Griffiths has completed his move to Plymouth Argyle.