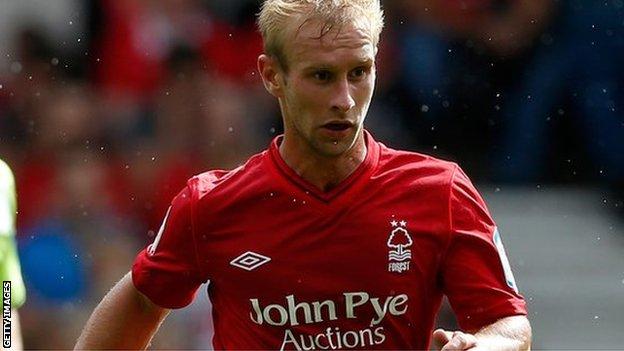 Gillett, 26, who played in Forest's 3-1 pre-season friendly victory against Aston Villa on Saturday, has signed a two-year deal at the City Ground.

I'm absolutely delighted to get it done. I couldn't be happier

"My contract came to an end at Doncaster and I've been looking for a club and biding my time since then," Gillett told the Forest website.

"I'm absolutely delighted to get it done. I couldn't be happier."

He becomes the Reds' fifth signing of the summer and joins midfielder Adlene Guedioura and defenders Danny Collins,Greg Halford and Dan Harding as new additions at the City Ground.

"The club speaks for itself with a great stadium, great fans and great history," added Gillett.

"But the manager played a massively important part for me as well. I know how he works and I feel he can get the best out of me."