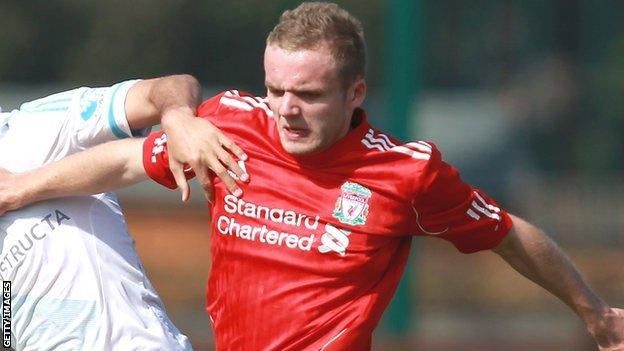 Liverpool teenager Ryan McLaughlin has received a first call-up to the Northern Ireland squad for the friendly against Finland in Belfast next week.

The 17-year-old defender has impressed at Anfield and made his Reds debut in the pre-season friendly against Roma at Fenway Stadium in Boston last month.

The former Glenavon full-back signed a three-year deal with the Premier League giants in 2011.

David Healy, Grant McCann and Sammy Clingan are not included in the panel.

Veteran striker Healy and midfielder Clingan have been left out as they are currently without clubs.

Manchester United defender Jonny Evans misses out because of injury.

McLaughlin, who has played in Northern Ireland youth teams, made 12 appearances for Liverpool's reserves last season.

The Finland friendly is a warm-up ahead of Northern Ireland's opening World Cup qualifier against Russia in Moscow on 7 September.