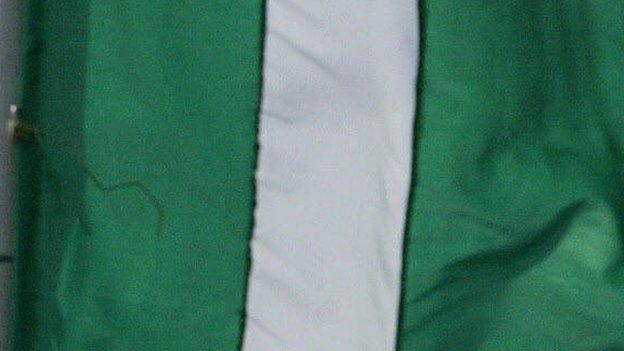 A Nigerian footballer has died after suffering a cardiac arrest during a friendly match between Romanian second division teams CS Delta Tulcea and FC Balotesti on Sunday.

Delta's Henry Chinonso Ihelewere, 21, collapsed with no-one around him only 15 minutes after coming on as a second-half substitute.

He was taken to hospital but he never regained consciousness.

The midfielder had been playing in Romania since 2007.

Lazio midfielder Onazi Ogenyi, a childhood friend of Ihewele, told BBC Sport: "He was the type of person who put smiles on faces whenever he was around. When you were with him you would never be sad. He was jovial, liked to see people happy and was so friendly.

"We played together while we were growing up in Jos for such teams as El Kanemi.

"He also played with Plateau Riders and Adawawa FC before travelling to Romania where he played for FC Delta Tulcea before his untimely death.

"He was so special in the sense that he respected people and did his things in unique ways. He was very respectful, and I will always remember him for his jokes.

"I got this news and the shock is still with me. He had dreams but no one envisaged death.

"Nigeria has lost a great player. I will forever mourn a great friend and brother in Henry."

"I trained him for a year and a half and I can tell you he was a real example in training. He could've become a very good player."