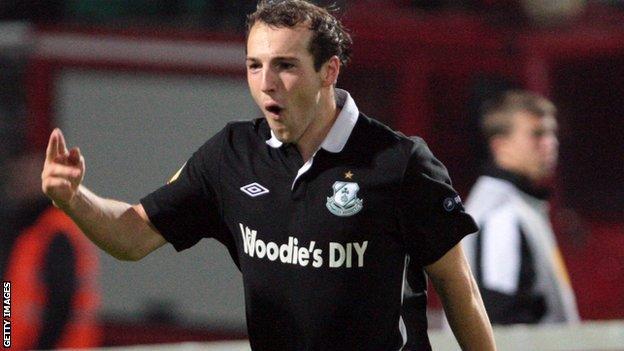 Accrington Stanley have completed the signing of Reading striker Karl Sheppard on a six-month loan deal.

The 21-year-old played the second half in last Saturday's pre-season friendly against Coventry City, scoring Stanley's only goal in a 4-1 defeat.

The ex-Southampton trainee joined the Royals from Shamrock Rovers in January but never made a first-team appearance.

He told the club website: "[Accrington boss] Paul Cook is a very good manager and I know all about him."

Sheppard continued: "He likes to play a nice brand of football and his strikers to score so that's what drew me towards this."

Former Sligo Rovers boss Cook said: "We're absolutely delighted to have got Karl in and we can't thank Reading enough for letting us have him.

"He's a lad who like a lot of people needs to be playing games and I think you could see from his finish on Saturday that if we get him in the right areas he'll score goals."