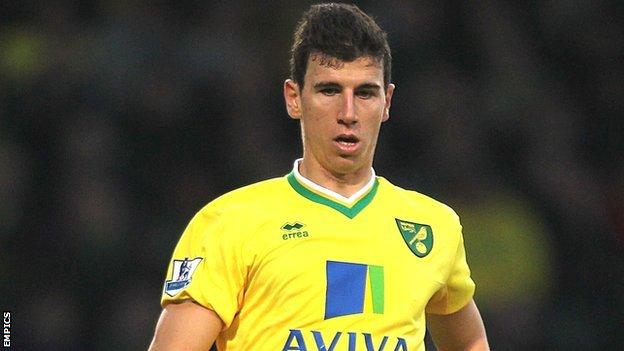 He's only 21 but has experienced life in the Premier League

Chairman Omar Al-Hasawi told the club website: "It is pleasing to sign a player with such a wonderful pedigree.

"He's only 21 but has experienced life in the Premier League, as well as the Championship and adds to the defensive resources at Sean's disposal."

Forest's defence has been weakened considerably by the summer exit of captain Luke Chambers and Joel Lynch.

Spanish Under-21 internationa Ayala joined Norwich from Liverpool just a year ago, but spent much of last season out with knee and hamstring injuries and only started six Premier League matches.