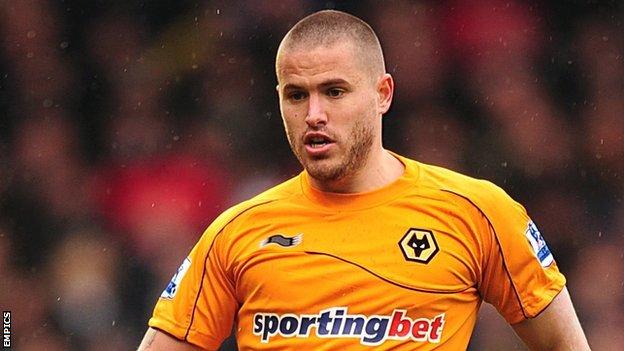 BBC Radio Stoke has learned the two sides are understood to have agreed a £2m fee and expect the deal to be concluded in the next 24 hours.

Stoke had initially been linked with a move for Kightly's wing partner Matt Jarvis, but have opted instead for the 26-year-old.

Stoke are also close to completing a £1.7m move for defender Geoff Cameron, 27, from MLS side Houston Dynamo.

The Potters are waiting for a work permit for the American centre-half, who can also play at full-back or in midfield.

Stoke's only signing so far this summer is midfielder Jamie Ness from Rangers, for whom they are still to receive international clearance.

Kightly, once a target for Manchester United, rediscovered his old form at the back end of last season after double knee surgery.

His current contract with relegated Wolves is due to expire at the end of the coming season.

Kightly's Wolves team-mate Steven Fletcher has also been linked with a move back to the Premier League, following a £10m bid from Sunderland.