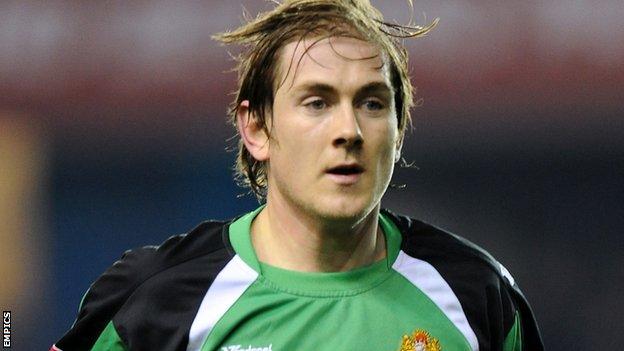 Dartford have signed defender Richard Rose after his contract with League Two side Dagenham & Redbridge was terminated by mutual consent.

Dartford boss Tony Burman said: "We've been talking to Richard for quite a while and we've finally done a deal.

"Richard can play anywhere across the back and in midfield, and we need someone who can cover positions."

Rose made 17 appearances for the Daggers last season, but only three of those games were after the turn of the year.

"I'm delighted to have someone of his calibre and experience signing for us," Burman added.

"Richard had another year left on his contract (at Dagenham and Redbridge) and things have been sorted out which have allowed him to come to us."

Dagenham manager John Still told the club website: "It just perhaps just didn't work out how everyone would have liked for him.

"He's had an opportunity to go to a club which is much nearer to home and he felt that was the right thing to do.

"We have had to make cutbacks this year and unfortunately Richard was part of the cutback situation that we felt we had to go through.

"All the coaching staff wish him all the best."