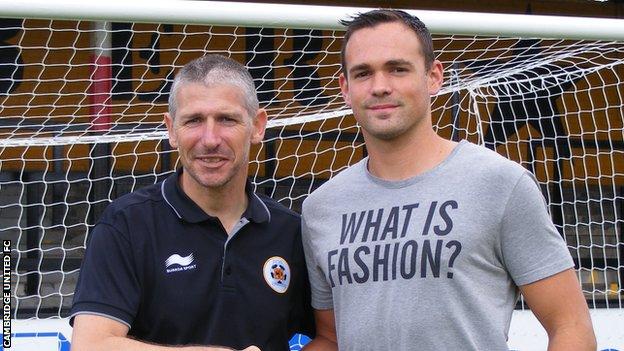 Ross, 22, has been signed to provide cover for first-choice Jonathan Hedge.

"Joining Cambridge United is a great step in the right direction for my career; I want to be to be playing full time and training every day," he said.

"This is an ambitious club that's going places. I'm not just here to warm the bench, I intend to take my chance in the first team if and when I get it."

Ross made 29 appearances for Hampton & Richmond in the Blue Square Bet South last season as they were relegated and was on non-contract terms.

"We are delighted to have signed someone of Craig's calibre and experience, as we need a competent goalkeeper to push Hedgey and be good enough to play when needed," manager Jez George commented.

"The financial package we have been able to offer Craig is way under what we would expect to pay, so it is a great credit to him that wanting this opportunity has been the overriding factor in coming here."