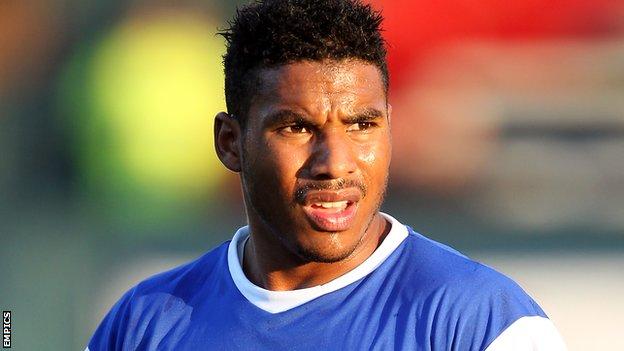 The 24-year-old forward, who was born in Bristol, was previously commuting to his former club Oldham.

"I'm happy because I'm back down my way close to home and I'm just in a really good routine," he told BBC Somerset.

"When you're happy you're going to play your best football. I get home every day, see my family, even sleeping in your own bed is a massive thing."

Reid began his career at Plymouth but spent time out on loan at a number of clubs before joining Rotherham.

An impressive season with the Millers, where he scored 19 goals, secured a move to Premier League side West Bromwich Albion but he struggled to make an impact, featuring just seven times.

He joined Oldham in January 2011 but struggled with injuries during his 18-month stay at Boundary Park.

"There are a few factors why I haven't kicked on," he added. "I had a good opportunity to go to West Brom, but I probably didn't apply myself in the way I should of done.

"I think the only thing that can stop me from fulfilling my potential really is the physical side.

"If I can stay injury free and complete 50 games I can't see why this is not going to be a successful season for myself.

"When I spoke to the gaffer before I signed I know he's had successful teams before and the strikers in his teams get a lot of joy.

"I'm already seeing now the three of us that are playing are already reaping the benefits of how he's trying to play the game."