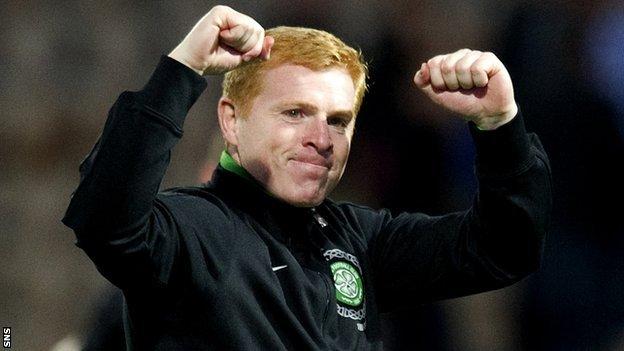 The 4-1 aggregate victory against HJK Helsinki secured Lennon's side a place in the Champions League play-off round.

And if Celtic do not reach the group stage of that tournament they will drop into a Europa League group.

This was a huge hurdle for my own development

"Now we've got a wee bit of European football we might be able to bring one or two in to augment what we've got already," said Lennon.

"We've lost a lot of players in the summer and there's a good nucleus."

Second-half goals by Joe Ledley and Georgios Samaras ensured a 2-0 second-leg win in Helsinki and Lennon was full of praise for his players after the club recorded their first away European win since 2009.

"That's one of the best feelings I've had since I've been here as manager," he told BBC Radio Scotland.

"We've worked very, very hard trying to get this right and these are horrible games and I think they're very unfair on us Scottish teams because [it means] we start our season so early.

"To come through the tie and play as well as we did, I am so proud of the players. They were brilliant; really, really good.

"When you consider that Helsinki are 20 games into their season, it was a big, big performance.

"It'll give us all a huge shot of confidence. It's always been a bug bear, the away games in Europe."

The result also represented Lennon's first win over two legs as manager, with the draw for the next round taking place on Friday.

"This was a huge hurdle for my own development because I didn't get through Braga, Utrecht or Sion," he added.

"They're very, very difficult games and we fell a couple of times over the years but we've given ourselves a chance, that's all we have done."