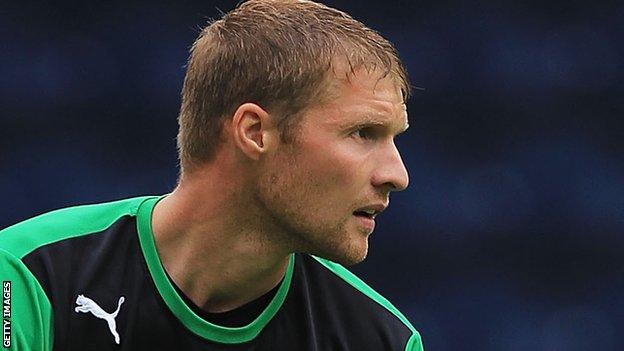 Swindon Town have ended their interest in signing goalkeeper Iain Turner after a trial spell at the County Ground.

The 28-year-old was released by Preston in the summer and has also been on trial at Bristol Rovers.

"He asked what was our intention in terms of keeping him or not and he wanted an answer straight away," boss Paolo Di Canio told BBC Wiltshire.

"To be honest I wasn't sure that I should say he can have the opportunity. It's not fair to keep him."

The former Everton goalkeeper now looks likely to move to the Memorial Stadium after manager Mark McGhee said Turner could be an option to cover for the injured Scott Bevan.

Di Canio did confirm he is still looking to bring in another goalkeeper as competition for Wes Foderingham.