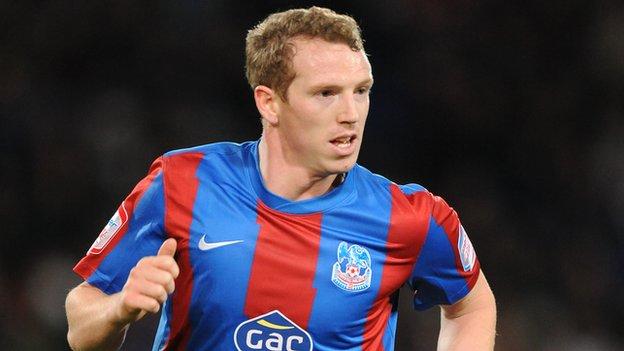 Crystal Palace have completed the signing of defender Peter Ramage on a one-year contract following his release by Queens Park Rangers.

The 28-year-old spent the first half of last season on loan at Selhurst Park, making 23 appearancess.

Ramage, who can play at right-back and centre-half, ended the season on loan at Birmingham, helping them reach the Championship play-offs.

He said on Twitter: "Couldn't be more happy to be back at [the] Eagles."