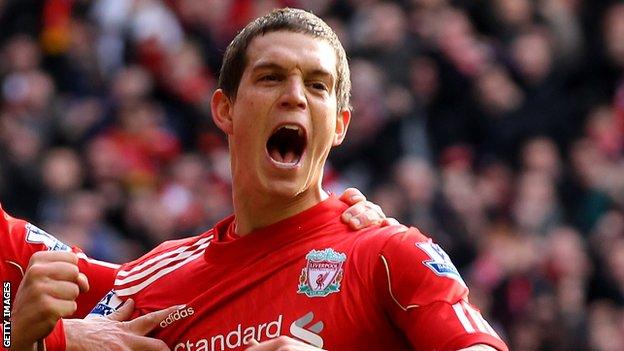 Brendan Rodgers has conceded Liverpool may be forced to sell Daniel Agger should Manchester City match their valuation of the player.

The Liverpool boss said Agger, 27, was not certain to stay at Anfield for the coming season despite his desire to keep the Denmark defender.

"Every player has a price," Rodgers said. "But no manager wants to lose his best players."

He added that Craig Bellamy is likely to join Cardiff City later this week.

City's football administrator Brian Marwood has made two inquiries about Agger this summer. City have indicated they would be willing to bid about £18m for the Denmark international, but Liverpool are holding out for a fee in excess of the £22m City paid Everton for Joleon Lescott in 2009.

It is understood Adam Johnson could yet be offered on loan as a makeweight in a potential deal. Agger has entered the final two years of his contract and talks on a new deal have stalled.

"Top centre-halves are at a premium," said Rodgers, speaking before Thursday's Europa League qualifier against FC Gomel. "Take Thiago Silva, he left AC Milan to go to Paris St Germain for £40m. So it has to be a big valuation.

We need to improve the squad, there is no question about that.

"Daniel is one of the leading players in European football at centre-half. Is he a player I want to lose? No he's not. But like any club, if an offer comes in that is in the best interests of the club, of course you have to look at it."

Bellamy looks more certain to leave Liverpool with Rodgers having given the Welshman permission to move closer to his family in Cardiff. When asked if Bellamy would join Cardiff, Rodgers added: "I would think so. I had a really good chat with Craig when I first arrived here.

"He is not one that can play every week. He is 33, coming towards the final years of his career and his family is still in Cardiff. He has made a massive commitment to come here, lived on his own.

"He has loved the club, loved playing for the club. But I believe that at the end of last season he had already made his decision."

Rodgers is working hard to strengthen his side and remains hopeful of tying up a deal for Swansea midfielder Joe Allen.

"We need to improve the squad, there is no question about that. But it is a little bit more complex than many people realise," he said.

"The intention is to bring in a few more players yet. I would love them to be in here sooner rather than later. But the most important thing is that they are here by the end of August. Then we know the group we are working with through until January at least."