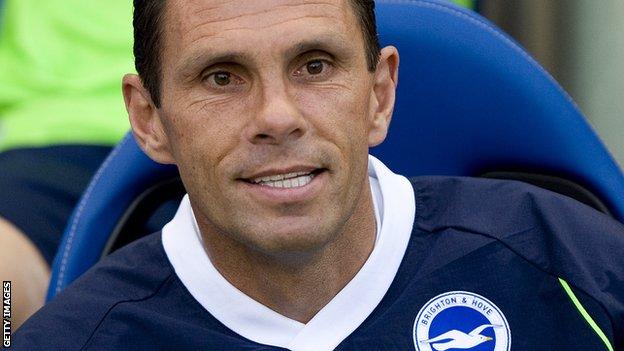 Brighton manager Gus Poyet expects to be in action before the transfer window closes, with a new striker a priority.

Will Hoskins is out for six weeks with a broken foot while Craig Mackail-Smith has been troubled by a back injury.

Poyet told BBC Sussex: "They [strikers] are the part of the team that make the difference and we need to get it.

"We need to improve that area first and then it will depend if there is any movement. We have the quantity but I would like to change a few players."

Meanwhile Poyet has suggested that Scotland international Mackail-Smith, who has missed Albion's last five pre-season friendlies, may not be fit for their Capital One Cup tie at Swindon on Tuesday.

"Macca is probably going to be fit on Monday," Poyet continued.

"I don't know if he'll be able to play at Swindon.