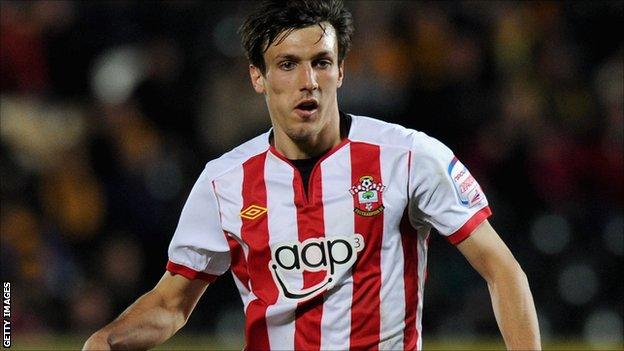 Southampton midfielder Jack Cork expects to be out for up to six weeks with a knee injury.

Cork, 23, picked up the injury in the 2-0 Capital One Cup win over Sheffield Wednesday.

He had only just returned from an ankle problem sustained in pre-season.

"[Out for] another four to six weeks with my left knee," he tweeted. "Luck's just not going my way this season. It could be worse but I was so close to getting back from the ankle."

Former Burnley man Cork was making his first appearance of the season but had to come off after 80 minutes at St Mary's.

He picked up the ankle injury in his first pre-season game, a friendly against Bristol City on 7 August, shortly after returning to the club after playing for Team GB at the Olympics.