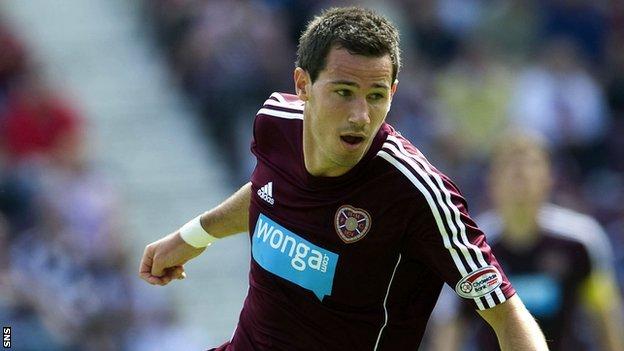 Australia have called up Hearts defender Ryan McGowan and Middlesbrough striker Scott McDonald for next week's friendly against Scotland.

Experienced senior players like Harry Kewell and Tim Cahill are unavailable but Lucas Neill will captain the side despite not having a club.

"Lucas is close to re-signing again with one of the Middle Eastern teams," said coach Holger Osieck.

"In his role as captain he is very important to me and to the team.

"It's very unfortunate for [Harry Kewell] that right now he is hanging in between with no club and still waiting for some kind of signing and I hope that will work out quickly.

"I still think he has great potential.

Former Celtic striker Scott McDonald has not scored in 25 international appearances, the last of which came in 2010.

McGowan and Jason Davidson, who plays for Dutch side Heracles Almelo, are bidding to win their first senior caps.

Tim Cahill misses out as he is committed to remaining with the New York Red Bulls.