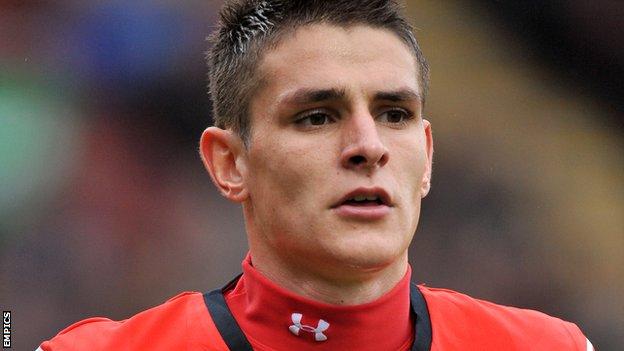 Ashley Westwood has been appointed Crewe captain for the upcoming season, taking over from David Artell.

The 22-year-old midfielder is a product of the club's academy and has made 133 appearances since his debut in 2009, scoring 15 times.

I want as many captains as possible on the pitch

"Ash leads by example and his leadership comes from the quality he shows," boss Steve Davis told the club website.

"He can organise, lead and is a local boy who wants to do well for the club."

In his first full season at the club, Westwood won the club's player of the season award and featured 47 times last year as the club won promotion to League One.

He had stints as captain last season, behind Artell and Lee Bell, but will now take on the role full-time following their departures.

"I had to decide on a new captain and there were a few candidates such as Steve [Philips] and Duggy [Adam Dugdale], but I have said before that I want as many captains as possible out on the pitch," Davis added.