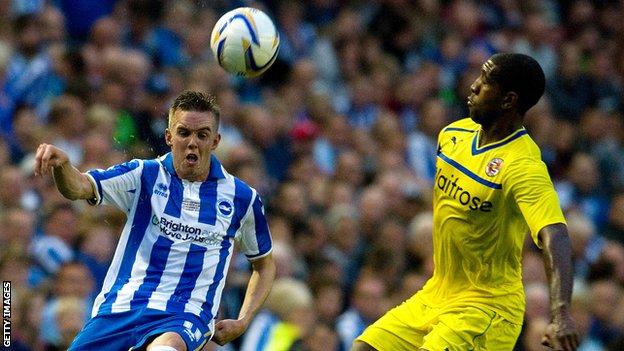 Craig Noone believes the Brighton & Hove Albion squad is stronger than last season and will push for the play-offs and even promotion this year.

The 24-year-old winger scored two goals in 18 starts for the Albion last year after signing from Plymouth Argyle in January 2011.

Noone told BBC Sussex: "It's a solid team. The squad looks a lot stronger than it did last year.

"The players and the club [are ready] to push for play-offs and promotion."

The Seagulls finished 10th in the Championship last year, nine points off a play-off place, in their first season after promotion from League One.

"We know what this league is all about now", added Noone. "We've got to just go for it this season.

"We're looking to have a good start to this season like we did last year."

Brighton will begin their Championship campaign away at Hull City on Saturday, 18 August.