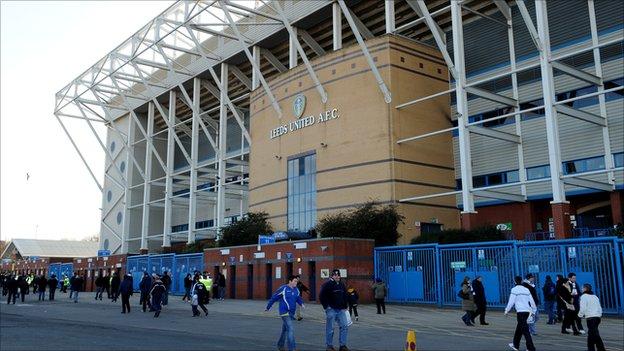 Leeds United Supporters' Trust (LUST) has confirmed that a proposed deal to buy the club has collapsed after more than two months of negotiations.

Talks between the consortium, believed to comprise of Middle East-based investors and owner and chairman Ken Bates, have broken down.

A club statement said they welcomed new interest after the period of exclusivity for the consortium ended.

However, talks could continue with the group on a non-exclusive basis.

In the meantime, the club has confirmed Robbie Rogers and Danny Pugh have been put on the transfer list as manager Neil Warnock attempts to generate cash to bring in a new striker.

Warnock told the club website: "You have to look at what you can do. We're looking at forward players and it might be that we have to move one or two on."

The Supporters' Trust has been looking for alternative investment in the Championship club since February.

But it took until late May for Leeds to first confirm they were in talks with potential investors, after LUST said in a statement that a number of parties had expressed 'firm interest' in the club.

It appeared that Leeds, who were confirmed to be in Bates' ownership in 2011, were finally closing in on new investment when they reached an exclusivity agreement with one consortium in June.

LUST chairman Gary Cooper told BBC Radio Leeds at the time that he believed the deal was all but done.

Bates purchased Leeds, who finished 14th in the Championship last season, following a buy-out from former owners FSF Limited, but fans have voiced concerns over the side's future.