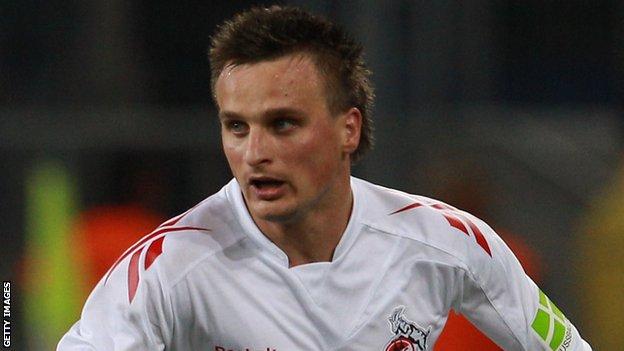 Wolves have signed Cologne winger Slawomir Peszko on a year-long loan deal with a view to a permanent move.

The 27-year-old Poland international joins the day after Michael Kightly moved to Stoke for an undisclosed fee.

Like a lot of us, I think he will be looking for revenge for last season

"Slawo is a player who can operate on both wings and had a very good first half to the season last year," Solbakken told the club website.

"To be honest, and I think he would admit this himself, the second half to the season wasn't as good and was maybe complicated by him trying to get into the Polish squad for the Euros.

"But I know the quality he can offer us, including great acceleration.

"He is also not afraid, so, while he may not be the biggest player in stature, he is fearless, which is one of his real strengths.

"Like a lot of us, I also think he will be looking for revenge for last season, and he is ready for a new challenge."