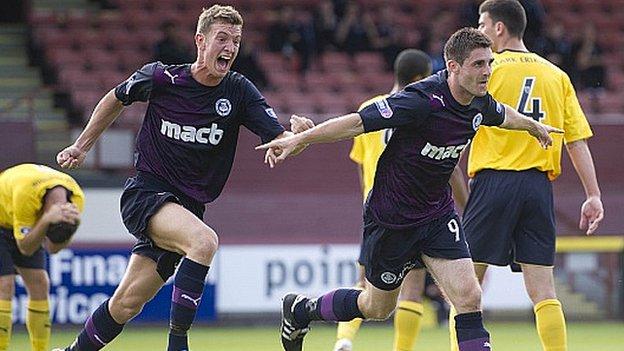 Kris Doolan bagged a brace as Partick Thistle opened their First Division campaign with an excellent win over Falkirk at Firhill.

The hosts got off to a flying start when Steven Lawless produced a neat finish inside the area after good work by Sean Welsh in the fourth minute.

And Doolan doubled the advantage three minutes later when Paul Paton headed the ball across goal for the striker to tap home.

The visitors pulled a goal back eight minutes after the restart with a superb volley from Lyle Taylor on the edge of the penalty area.

But Doolan restored the two-goal cushion and netted his second of the game when he rose highest to head home Welsh's cross in the 57th minute.

Blair Aston came close to pulling a goal back for the Bairns in the closing stages but Scott Fox produced a fine save to deny him.