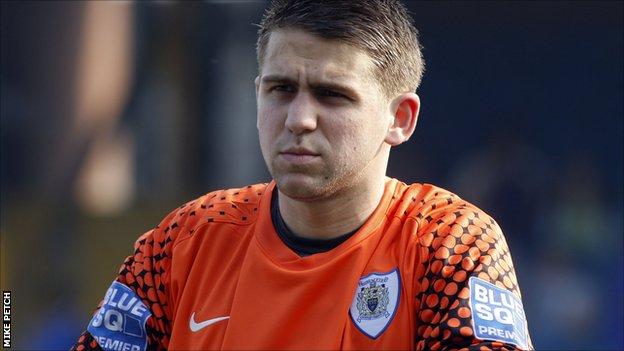 King played five times for the Hatters in the Blue Square Bet Premier towards the end of the 2011-12 campaign.

The 19-year-old was one of three keepers released by Sunderland earlier this summer and had been training with Barnsley whilst looking for a new club.

Meanwhile, Sean McConville has left the club after a year at Edgeley Park.

The former Accrington winger was one of Dietmar Hamann's first signings as Stockport manager but has departed County by mutual consent.