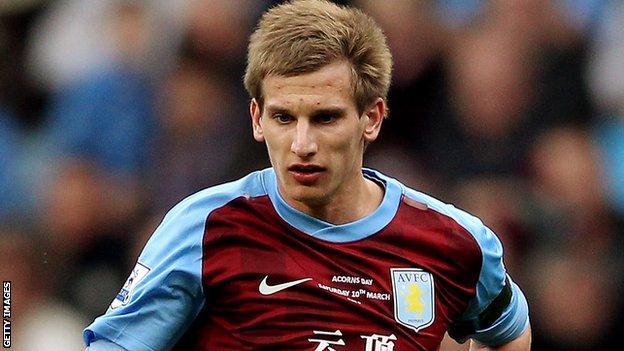 Aston Villa winger Marc Albrighton will miss the start of the new Premier League season due to a foot injury.

The 22-year-old broke a metatarsal at the start of Villa's pre-season and is expected to be out for six weeks.

The Tamworth-born player, a product of the club's academy, scored three goals in 29 appearances last season.

It is the third blow Villa have suffered recently with Gabby Agbonlahor and Richard Dunne also out of the opening game of the season at West Ham.

Striker Agbonlahor, 25, is out for up to five weeks with a knee injury whilst centre-back Dunne, 32, could be missing for up to eight weeks with a groin problem.