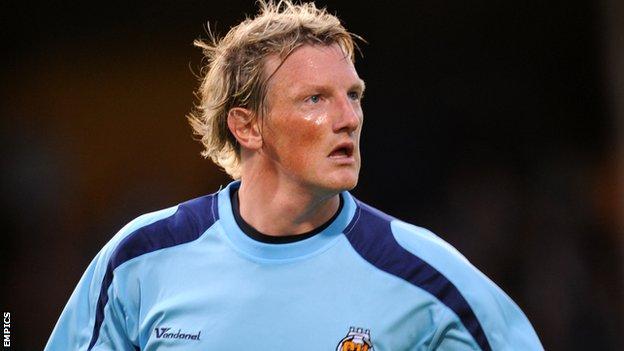 Brackley Town have agreed a deal with former Kidderminster, Rushden & Diamonds and Cambridge defender Wayne Hatswell for next season.

The 37-year-old has been on trial at St James' Park after leaving Newport County, where he was player-coach.

"He's got the enthusiasm of a teenager and we're over the moon he's decided to be with us.

"He talks people into position and gives a lot of great advice," added Brady.

Hatswell also counts Forest Green, Oxford, Chester and Dundalk amongst his former clubs, and has played over 400 league matches.

"Aman is training with us and has played two games," said Brady. "We'll maybe have another look at him - we're undecided."

Brackley's pre-season has included defeats to Nuneaton, Salisbury and Banbury, draws with Leamington and Luton and back-to-back victories in the last two matches over Clevedon Town and Rugby Town.

"There looks to be a really good freshness to the squad and we look forward to our last pre-season friendly against Bedworth United," said Brady.