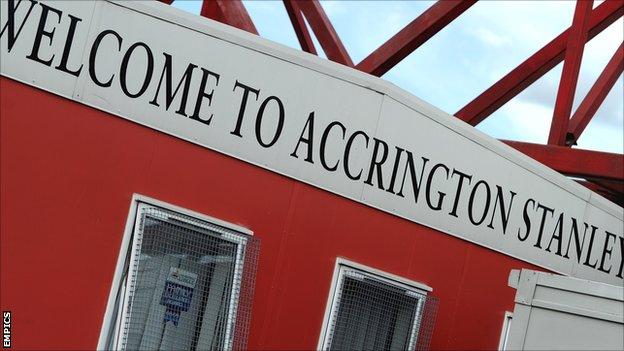 The 19-year-old will remain at the Crown Ground until January and goes straight into the squad for Saturday's Capital One Cup tie against Carlisle.

"People might look at our squad and think we've got a lot of numbers but there are areas where we don't have a lot of cover," said boss Paul Cook.

Speaking to the club website, Cook continued: "With seven subs this year and inevitable injuries and suspensions we'll need strength, and he's a great addition."

Watson said: "I think it's great to have the chance to get first team experience.

"It's more demanding, the games are more physical. I'm hoping it will improve my strength and fitness."