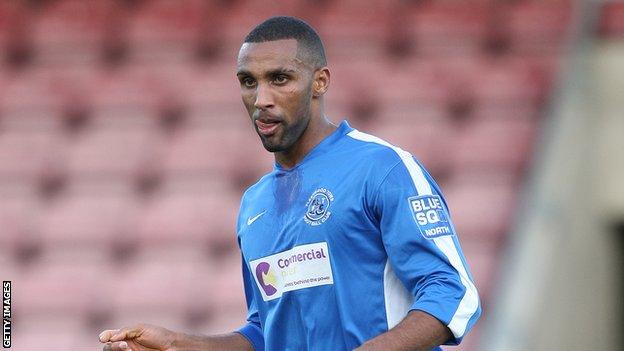 The 27-year-old began his footballing career at Fleetwood, making his debut for Cod Army back in 2003.

The midfielder made his 300th appearance for the club earlier this year, but following their promotion to League Two, has been loaned out.

Pond told BBC Humberside: "I wasn't expecting to go out on loan, I was hoping to get a first team place."

He added: "I've fallen out of favour at the moment so I've come out on loan to get some games."

"We need him because Simon Ford is down on match fitness, Ian Miller's wife is expecting a baby shortly and Shaun Pearson is carrying a hip problem."